A walk through the dense tropical gardens blooming with flowers

This enchanting resort in Alicante houses a collection of rare tree species, including most notably: Pinus pentafila, a bonsai almost 200 years old brought from Japan; Chorisia speciosa (commonly known as Drunk Stick); and Yuccas elephantipes (Elephant Foot), with a trunk perimeter of over a meter and a half. The hotel has other special tree species, such as Lemia indica (Jupiter Tree), Cercis siliquastrum (Love Tree), Albizia julibrissin (Constantinople Acacia), Strelitzia augusta (White Bird of Paradise) and Phytolacca dioica  (Ombu or Bellasombra). In addition to all these fascinating species there is also a variety of fruit trees such as the Myrobalan plum tree (Prunus cerasifera) and orange and pomegranate trees. These are complemented by the magnificent collection of Bamboos (Phyllostachys): over 40 different varieties with black, yellow or green spotted canes, bambusas more than 9 meters tall and dwarf bamboos. The hotel garden is also home to an impressive variety of palm trees, with over 50 different species including Kentia palms (Howea fosteriana), large groups of Areca palms (Dypsis lutescens) and numerous Queen palms (Arecastrum romanzoffianum). Another outstanding specimen is the huge Carob tree (Ceratonia siliqua), over 200 years old. Although this is not an Asian tree, it is of particular value as when the hotel’s construction began the tree was practically dead, but two years after opening it has fully recovered and is now a specimen of great beauty. 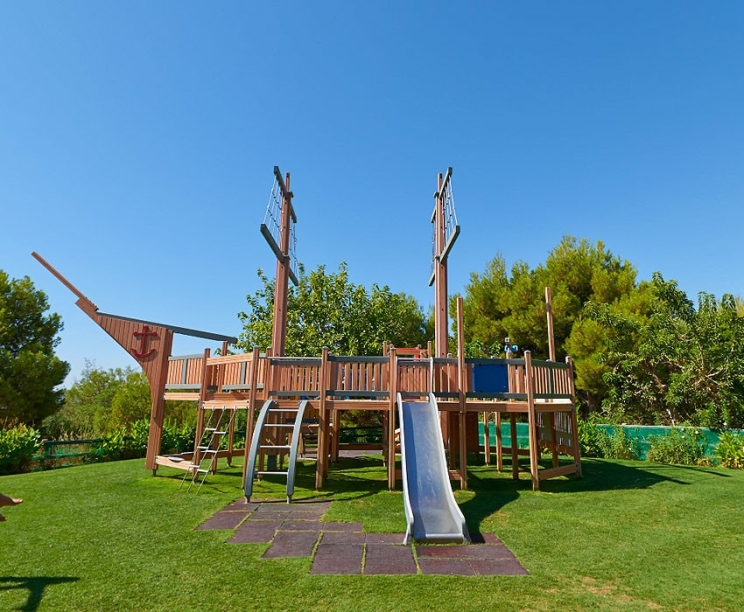 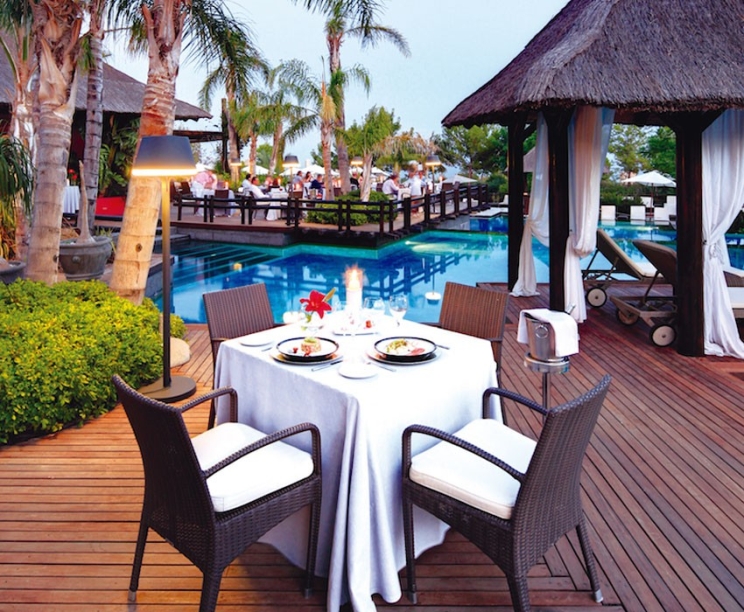